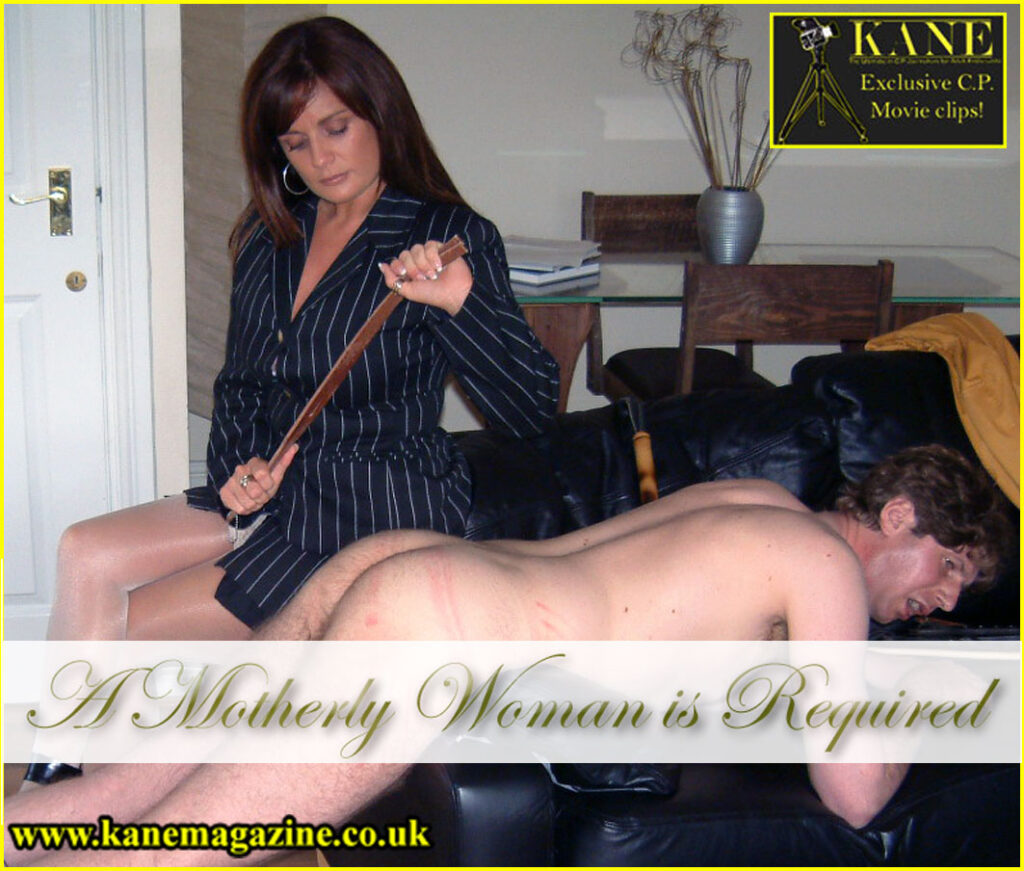 There must be thousands of men, like myself, whose sexual nature asserted itself while receiving corporal punishment from their mother, or other female relatives. Up until the age of twelve I feared and disliked beatings, and ours was a strict household. Then, on this particular occasion, my mother decided not to wait until father came home to deal with me, but to do so herself. Bare bottomed I was placed across her lap, and to keep from sliding off her stockinged thighs, for she always pulled up her dress, I held on tightly to one of her legs. I can recall to this day the soft warmth of her flesh, and the hardness of her stocking suspenders digging into my lower stomach. The hard, ringing slaps resulted in an erotic friction which brought on my first-ever erection – and ejaculation. Strangely I cannot recall my mother’s reaction to this, only that I came, and the sensation of relief merged with the smart of her descending hand, which suddenly became pleasurable. Until that time I had not known that pain could have its compensations!

From then on I actively sought the punishment that would give me this sexual gratification. Often however it was my father who beat me, and this was by no means so gratifying. Nevertheless the pain-pleasure that the spanking engendered I carried forward in imaginative fantasy into adolescence and adulthood. All this made such an impression on my mind that through spanking magazines and fantasy I relived the build up, and that moment of orgasm, over and again.

For years I longed to reveal my fantasised ritual to a woman, to play the submissive role to her, to surrender my body. To be touched and explored while I remained passive and inactive. To have her become increasingly assertive and dominant… and finally submit to her chastisement.

Miraculously, such a woman came along. I could not believe my luck, and after a short courtship we were married. Our bedroom activities regularly included the stimulant of pretended punishment, and I initiated her into using a cane on my naked buttocks, as the results were more effective as a preliminary to sexual satisfaction. Eventually, however, my wife became increasingly bored, and disinclined to beat me. She became verbally abusive and openly scornful, belittling me, casting reflections upon my prowess as a lover, the size of mv genital and my performance. Finally she broke my cane into pieces.

I was very distressed, and she remorseful, so much so that she said that if I bought her another one she would never do it again. I didn’t believe her. The broken cane symbolised her contempt and disgust of me, as none of her words had been able to do. A new cane in her hands would never again stimulate sexual sensations.

I told her that it didn’t matter, that I was no longer interested in it. I am too weak in character to get a divorce, and so live a life of pretence, and seek punishment sessions at the hands of professionals.I wish with all my heart that I could find a motherly woman who would spank and cane me as I desire, but I don’t know how to find one. Male dominants are fairly easy to find, the one I go to is a retired headmaster, but he is far from satisfactory because the sexual impulses are never there. He has given me as many as one hundred and sixty strokes of the strap, cane and tawse, and ‘one more’ I always think will bring me the release, physical and mental, that I crave, but it never does.

On one terrible occasion my wife saw my bottom after one of these sessions, and asked me how I came by such marks. I told her that I had slipped on a grating, and although she didn’t believe me she said nothing more. Since then I have been more careful.

The natural sexual bliss of spanking is now as much divorced from its origins as chalk from cheese, but the craving for punishment remains. If I had met and married a genuinely sympathetic woman I would not be a prisoner to frustration and pain that never turns to pleasure. Spanking magazines and videos I still get a vicarious thrill from, but my own masochism is becoming a nightmare from which there seems no awakening.

I wish I could think of a way to help you, Frank, for I know there are many readers with similar problems. From time to time I have answered letters from men who go to prostitutes for discipline, and this may be marginally better than your retired headmaster-at least with a woman you might get the relief of an orgasm.

‘But I agree, there can no longer be anything of that kind between you and your wife. Her fit of pique she may have regretted, but it happened, and itshattered the fragile link of sympathy between you. You could never feel the same way again. Try to build the other side of your marriage, companionship, shared interests and ‘straight’ sex. Many men keep their sexual interests a secret from their wives and wives from their husbands!-and still achieve a degree of happiness. Good luck with your search to find someone willing to cater for your spanking needs, but I can’t pretend that it will be easy. But magazines and videos do help to sublimate the frustration as so many know. A friend of mine, a psychologist, was making this point only the other day. 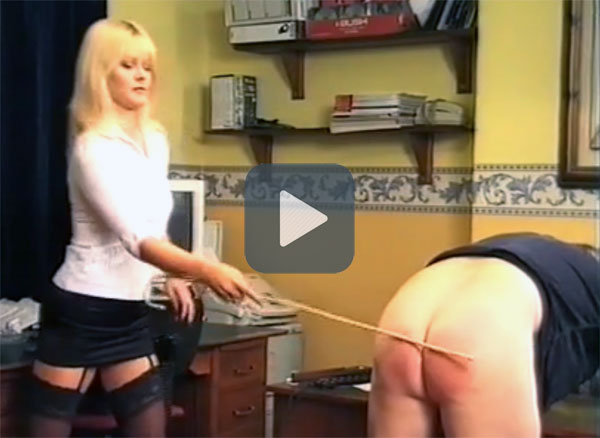