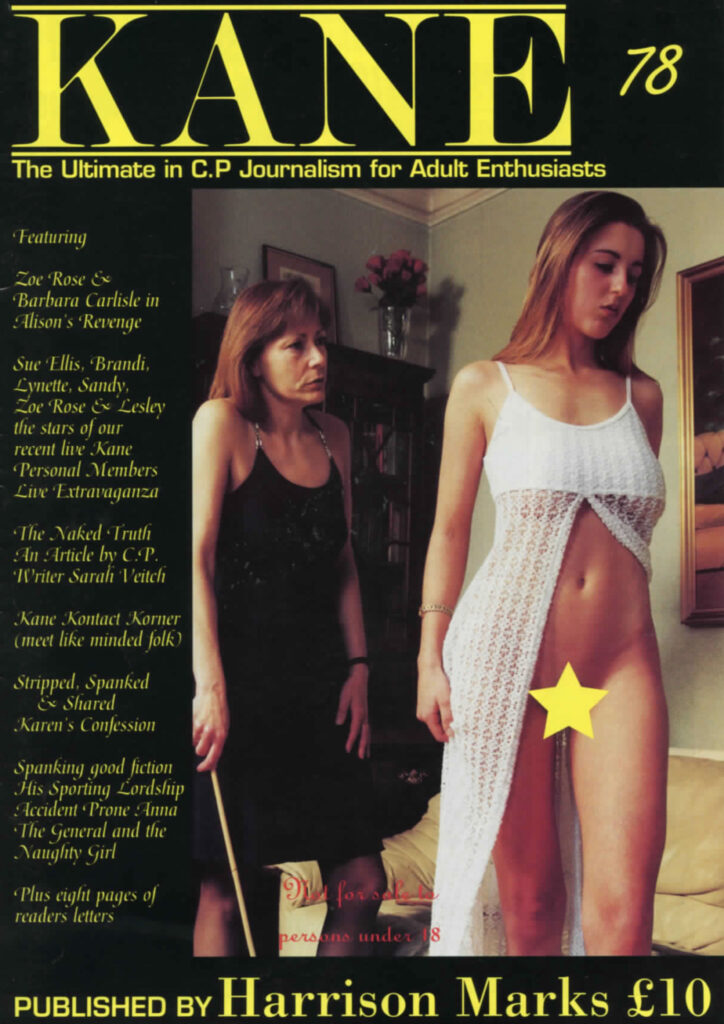 Welcome to Kane Magazine. Those of you who have read or owned a copy of Kane Magazine will know that it has a long history. Kane was originally published by George Harrison Marks back in the 1980s after his brief stint of editing early editions of that well known spanking magazine Janus. Not only did George publish Kane he also pioneered the spanking videos and produced many classics such as Mandy Bait, The Beak The Mistress and the Schoolgirls, both featuring the popular Sue Ellis along with the much sought after The Kane Assignment that features the erotic artist Paula Meadows, now known as Lynn Paula Russell being not only spanked but whipped on her bare bottom with a vicious riding crop. All of these classic videos are available at our new Clips4Sale store

Sadly George became very ill and was unable to produce further editions of Kane, his last being issue sixty-nine. By then, Cliff James had begun assisting George, mainly retyping text into columns for George to cut and paste when doing layout. Although photo-shoots and content had been created for Kane issue seventy George was far too unwell to put the magazine together so Josie asked Cliff James if he would like to have a go at creating the issue, and who could refuse such an offer. A few weeks later Kane 70 was sent for printing and a few days before it arrived back George sadly passed away. Forever being realistic Josie, Kane’s new publisher and owner said that it was for the best as whatever Kane 70 looked like George wouldn’t have like it.Cliff stayed with Josie and produced another 25 issues of Kane up to number 95 before moving on to pastures new. From that day, Josie produced another 12 issues of Kane before calling it a day with the final edition being number one-hundred and seven.

During their cahoots Josie and Cliff produced the Top Marks Videos which have also become sought after classics with titles such as The Games Schoolgirls Play, Prefects Pleasure and the classic Fem Dom video that features Sam Johnson as Mistress Samantha.

This website has been created so that fans of Kane who for whatever reason missed the early editions of Kane can see some of the original material and download complete magazines in PDF format. 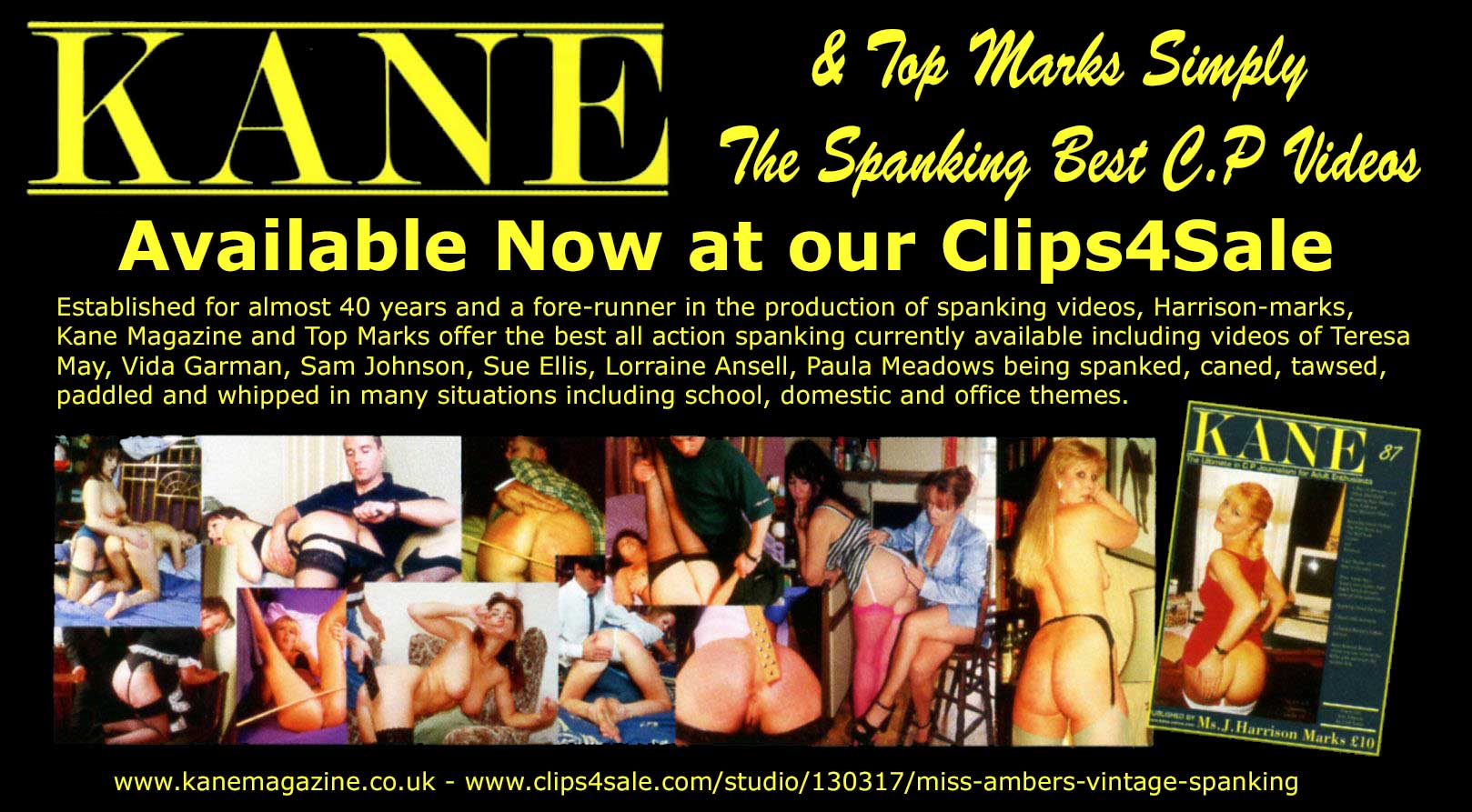 This site will be updated regularly so please bookmark this page